Being convicted of DUI is a serious criminal offense. If you or a loved one has been arrested for a DUI in Tulsa, you have found the right firm. Our DUI Lawyer Skiatook OK has the knowledge and experience to defend you and achieve the best possible case outcome, regardless of the severity of your DUI charge.

The combination of drinking alcohol or using drugs and then driving in Oklahoma is known as Driving Under the Influence, hence the term DUI. Convictions for DUI can range from license suspension to jail or prison, depending on the factors, history of the accused, and other circumstances. If you or someone you care about has been charged, it’s never to early to seek representation from a qualified Tulsa DUI lawyer.

Driving under the influence of alcohol is the most commonly committed crime in the United States. It is almost always committed by a an otherwise respectable citizen who has never been in trouble before with the law. Because it is so common, representation of the defendant is often attempted by attorneys not versed in criminal law. Lawyers who do not typically handle DUI may underestimate the crime because it’s a trumped up traffic crime. Nothing could be further from the truth.

A competent Tulsa Criminal Attorney understands, and will convey to you the following:

2. The stakes are high and have lasting consequences.

3. DUI prosecution is full of unique legal standards and procedures which are geared to facilitate a conviction.

We live in a country where you are presumed innocent until proven guilty, but it is applied differently in DUI cases. With blood-alcohol evidence, the presumption is reversed. You are considered impaired if your blood alcohol is over .08 for Driving Under the Influence (it could be less for other related offenses). Our Tulsa Criminal Defense Lawyer knows how an arrest may be challenged and how, if possible, a suspension can be avoided. We can provide you with an aggressive defense against your Skiatook DUI charges and are aware of the legal loopholes that can act in your favor.

There are many complex issues that can surround a DUI arrest in Skiatook. It is important to understand that by operating a motor vehicle within the state, you have given what is called “implied consent” to undergo test(s) for alcohol. The most common test is the breath test is a breath test which measures your BAC (blood alcohol content). If you refuse the test(s), your license will be administratively suspended. If you intend to challenge the suspension, you must do so immediately. You only have 15 days to request an administrative hearing. As you can see, it is imperative you act immediately. Any delay or neglect of a DUI can result in severe consequences that may be otherwise avoided. As with any criminal matter, it is advisable that you seek counsel from a qualified Skiatook DUI Lawyer immediately. Our firm offers free consultations and payment plans are available. DUI Lawyer Skiatook OK. 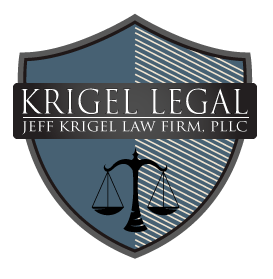